On the eve of a concert in Belgrade, which will be held on December 15, 2018 in Stark arena, our dear and respected colleague from Canada, Daniel Rosenberg, brings his story about Bregovic and related phenomena, based on clipping interviews and a review of the concert held in Toronto, October 26th this year. Dan is Toronto-based radio journalist. His reports can be heard on Cafe International, Afropop Worldwide, CBC News and ClassicalFM.ca. 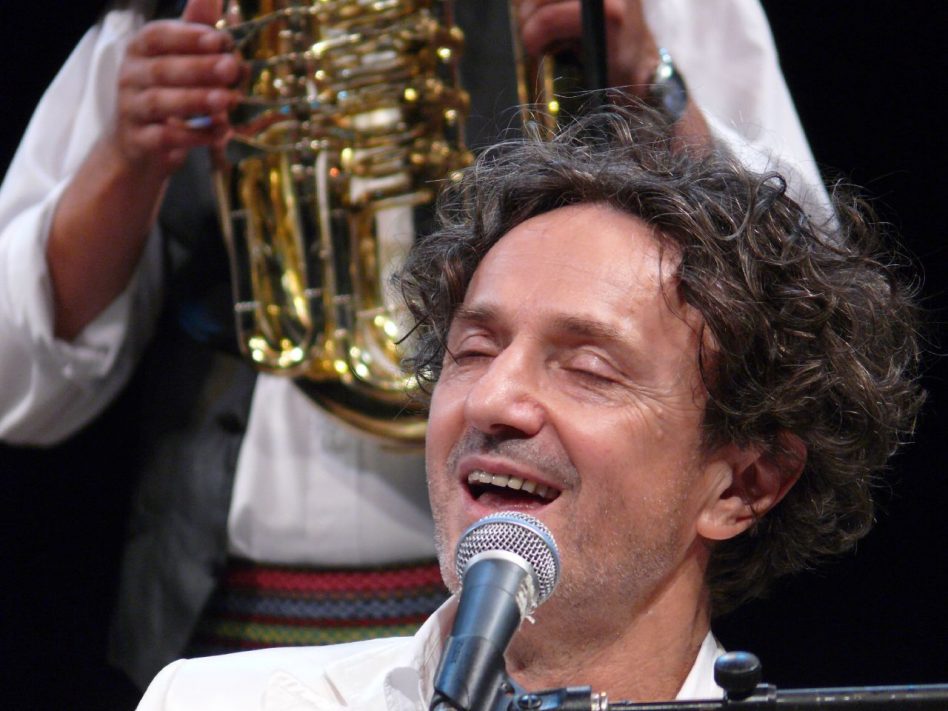 “Musicians in the West like to think they can change the world with music. I’m from a Communist country, so I know where the real power is,” remarked Goran Bregovic on feeling helpless at the rise of ethnic nationalism around the world in early 2017. A quarter century earlier, he witnessed those same forces rip apart his homeland, Yugoslavia.

In late October 2018, Bregovic returned to Toronto, for his fourth concert in Canada’s largest city this decade. When I spoke with him after a pre-concert rehearsal, he was decidedly more optimistic than he was in March of 2017.  Bregovic, dressed in black (he only wears the white suit while on stage) was busy training a local string quartet and a male choir to join his Wedding and Funeral Band for the Three Letters from Sarajevo concert, which celebrates the historic diversity once found in Bosnia’s capital.

On YouTube, there is a popular video about Three Letters from Sarajevo that shows Goran Bregovic in 1991, standing in front of Sarajevo’s skyline: bells are ringing at the city’s churches while simultaneously you can hear a Muslim call to prayer. He is speaking in Serbian (with English subtitles): “What we hear are mosques, churches, cathedrals. It’s noon in Sarajevo. It’s one of the few places in the world where you can hear them all together, and sounding so beautifully. It would be a shame if it had to stop one day,” Bregovic prophetically comments in the grainy early 1990s video.

One clear message that comes through loud and clear from Three Letters from Sarajevo is a warning not to repeat the tragic mistakes of Yugoslavia. The Yugoslavian wars of the 1990s left over 100,000 dead, and new independent republics which were much more divided upon ethnic lines.

Goran Bregovic was born in Sarajevo in 1950.  His father is Croat, his mother Serbian, and his wife, Bosnian Muslim. Goran Bregovic’s family represented the Yugoslavian experience, and that was something he wanted to convey through his music: mixing rock and Romani brass band sounds with folk songs from Croatia, Serbia, Kosovo, Bosnia and other parts of the Balkans.

While debates still rage whether Bregovic “borrowed” too much from certain folk songs, one thing that is evident in his music with Bijelo Dugme, and later with his Wedding and Funeral band – he created the soundtrack for the Yugoslavian nation – a country that no longer exists (except in memories).

Three Letters from Sarajevo bridges the worlds of classical and folk music. Bregovic’s idea was to create a violin concerto incorporating techniques on how the instrument is played differently in Christian, Islamic and Jewish traditions. He turned to Mirjana Neskovic, assistant concertmaster of the Belgrade Philharmonic for the “Christian Letter”, Tunisia’s Zied Zouari, who is conservatory trained in both Western classical and Eastern Arabic traditions for the “Muslim Letter”, and to Gershon Leizerson of Israel’s Klezmer Orchestra for the “Jewish Letter.” To be historically accurate, a Sephardic violinist would perhaps best represent Sarajevo’s Jewish community that arrived after the Spanish Inquisition in 1492, and numbered 14,000 before most were murdered in the Holocaust, but Bregovic chose Leizerson’s klezmer violin style for artistic reasons (including its ties to the Romani music that runs through Bregovic’s repertoire).

“I use Sarajevo as a metaphor,” explains Bregovic. “What we saw in Sarajevo in the 1990s, we now see all over the world. Today we can be good neighbors and tomorrow we can shoot each other because we are from different religions.”

Indeed, the album has become a warning, and that message struck a chord with both audiences and the musicians who perform it. Tel Aviv’s Gershon Leizerson, an expert of klezmer violin added, “Because of the tension in Israel, being on the brink of war all the time, each time I come home to Israel after playing in Bregovic’s project, I tell everyone, Arabs, Jews: we have much more in common than what we disagree on. We have the same values.”

Tunisian violinist Zied Zouari agrees, “We want to transmit a powerful message, which is how we can live together today.” The goal of the project is not just to show how people can coexist, but how they can thrive together.

At Toronto’s nearly sold-out Sony Centre (capacity 3191), Bregovic sits center stage, small electric guitar in hand, wearing his iconic white suit, and begins the show with the Three Letters from Sarajevo concerto. The audience, filled with Serbo-Croatian speakers, sits intently as if they were at a conservatory recital.

Then after the conclusion the “serious music” and an enthusiastic round of applause, Bregovic turns to his “greatest hits” of the 1980s and 1990s: “Kalashnikov”, “Ederlezi”, “Mesecina”. The audience, filled with mostly middle-aged people from throughout the former Yugoslavia, suddenly becomes wilder than kindergarten kids during recess. They fill the aisles, singing and dancing together wildly.

“Goran Bregovic creates that feeling that you can go back [in time],” says violinist Mirjana Neskovic, who was just a child when war broke out in Yugoslavia in the 1990s.  “At the concert, you don’t feel the difference between Serbian, Croatian, Macedonian and Bosnian people in the Diaspora.”

Dalibor Mišina is the author of Shake Rattle and Rolle: Yugoslav Rock Music and the Poetics of Social Critique, teaches sociology at Lakehead University in Thunder Bay, Ontario, and flies 1400 kilometers across the province every time Bregovic performs in Toronto. Mišina was born in Gradiška, Bosnia, and elaborates on how Bregovic unites the Diaspora, “When you come to the concert, and hear people going in and out during intermission, you can hear all the different accents, you realize that people from all over Yugoslavia are here.”

Violinist Mirjana Neskovic says that this nostalgic feeling is pervasive, and that she can feel it on stage, “It reminds everybody of a common history… There is still love between these people and they enjoy being together sharing this music.” 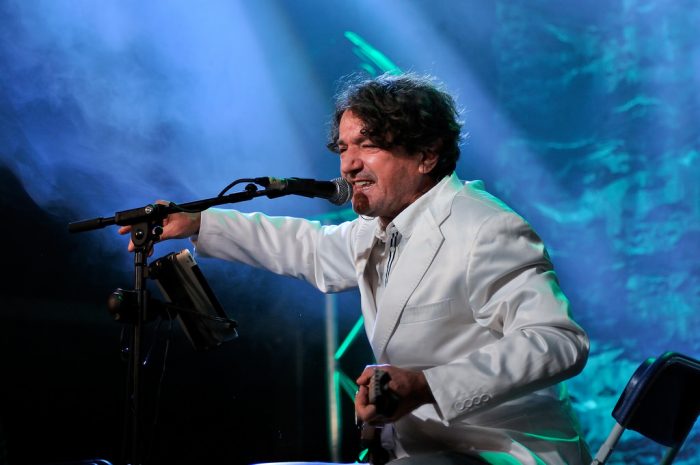 Later, I asked Goran Bregovic about how, for two hours during his concerts, he seems to create a nostalgic feeling within the Yugoslavian Diaspora, remembering a country that no longer exists.

“What is the territory of your homeland?” he asks me rhetorically. “It is nothing geographical. It is nothing political. It is always an emotional territory. It’s when we won some soccer games. It’s some music. It’s some poetry. It’s some literature. And probably, some of them will come [to my concert] because they feel there is an emotional territory where they belong, which is somehow ‘Old Yugoslavia.’ When you go to a concert, you create one community for two hours. If the concert is good, those are two hours you are not going to forget. It is not just [an event] where one can go to listen to music. It’s a little liturgy, like a little ritual from before we became civilized.  This is why concerts are so important for human beings.”

Mirjana Neskovic says there is also a real sense of regret when performing this music. “I think that [people in] most countries in the Balkans after the separation of Yugoslavia, they don’t live better. They feel with some nostalgia about the time that we spent together, when we had a big strong country. We somehow ruined it.”

During my interview with Goran Bregovic and from the stage at Toronto’s Sony Centre, Bregovic repeated his feeling of powerlessness against the waves of history, despite being arguably the most popular musician in Southeastern Europe, and, after Melania Trump, the most well known celebrity from the former Yugoslavia.

“The thing I did with Three Letters: I put together things that are unimaginable in politics, or for religion. As a composer, I can put together low notes with high notes,” he says symbolically about the idea of putting together Jewish, Christian and Islamic music. “But unfortunately, it is only the privilege of a composer that can do that.”

I then asked him about that video from 1991 when he was standing amidst the mosques, Catholic and Orthodox churches of old Sarajevo and listening to the bells and the Muslim calls to prayer. There are parts of Toronto where that sound can be heard daily. “What is sad in that little video, you see a young man, me, when I was in my thirties or something, saying the things I repeat in my sixties,” he elaborates on his message on how we must learn to coexist together. “It is in a way a little sad that I am saying the same thing for thirty years. But there are some things that you have to repeat and repeat because they are important.” 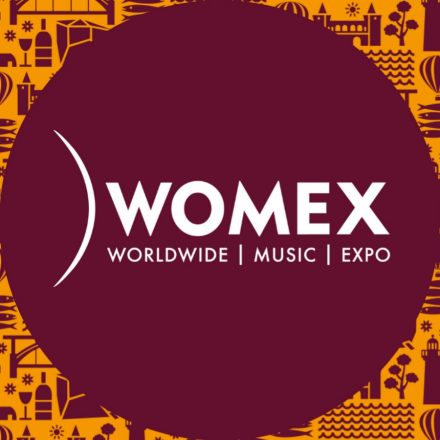 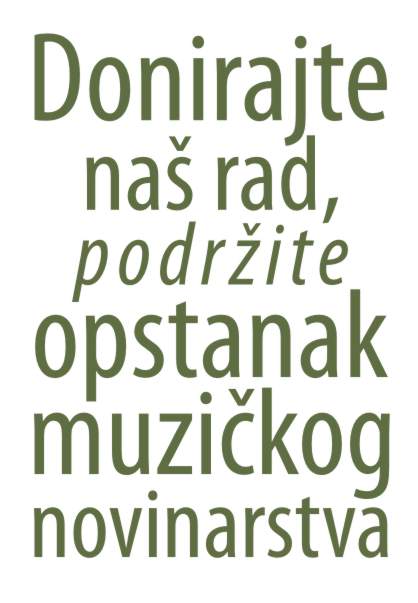 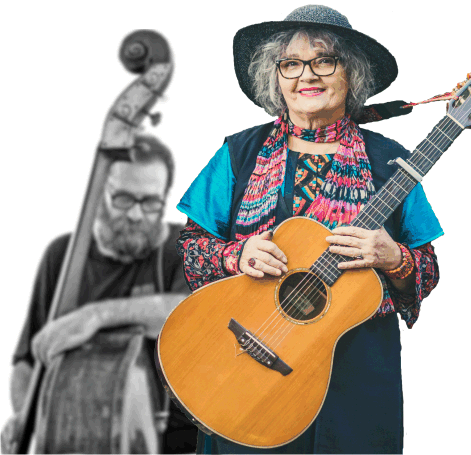 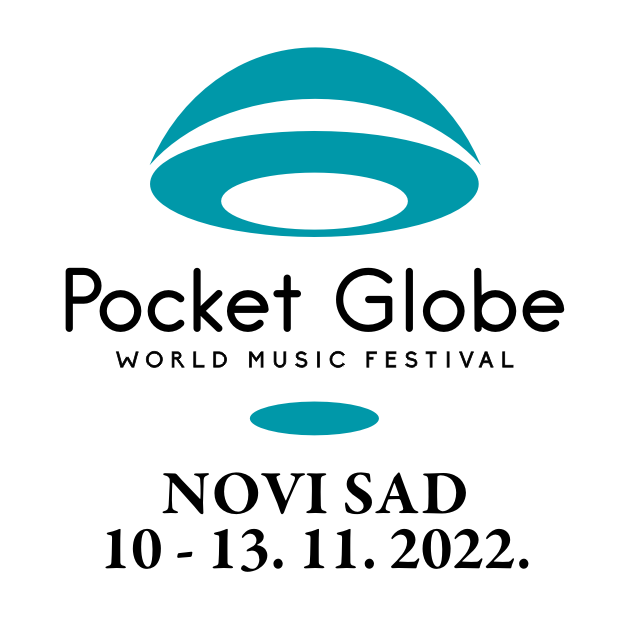